Stagflation is ‘a legitimate risk’ that would be painful for U.S. markets

“Stagflation is absolutely the biggest risk for every investor.…Imagine how scary it would be for the market if we had stocks and bonds selling off together … a major problem because central banks can’t really come to the rescue and cut interest rates .”  – Nancy Davis, Quadratic Capital Management

USAGOLD note: Alan Greenspan was among the first to warn that the economy could be headed for a round of stagflation like the 1970s and that was back in late 2018, early 2019. Stagflation is the combination of high inflation and high unemployment, i.e., what Ronald Reagan called the Misery Index. At its height in 1980, the Misery Index reached 22%. As of the most recent government reports, it stands at 11.29%, according to YCharts, and is climbing again. Gold and silver were top performers during the stagflationary 1970s. 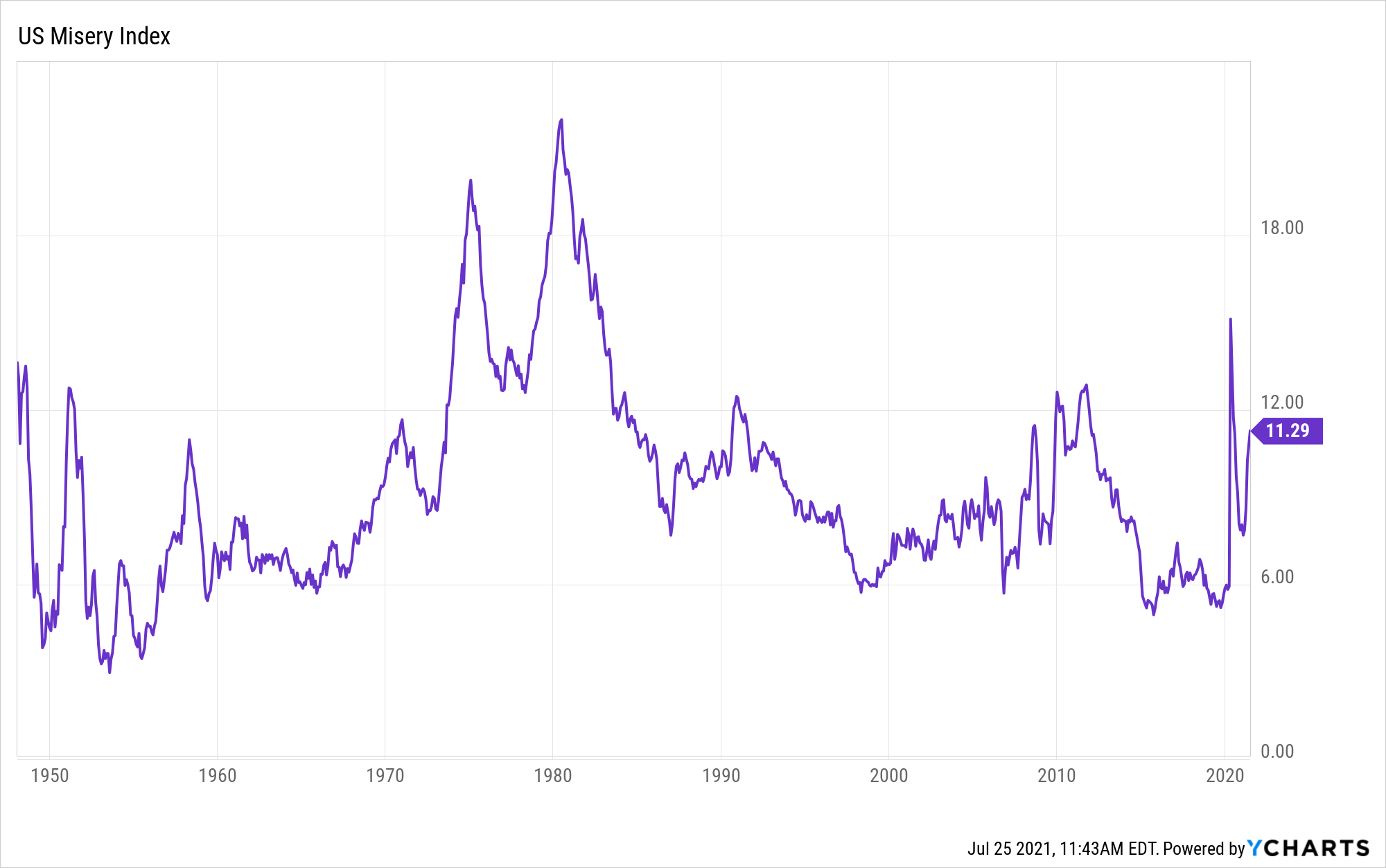 US Misery Index data by YCharts